Is the Fed about to make a mistake?

The Fed has announced an aggressive monetary policy response to current inflation rates with several rate hikes this year. While this has led to rising interest rates, the bond market has also reacted with a dramatic flattening of the curve. The market is critical of the impact of these measures on future economic growth. Is the Fed about to make a mistake? 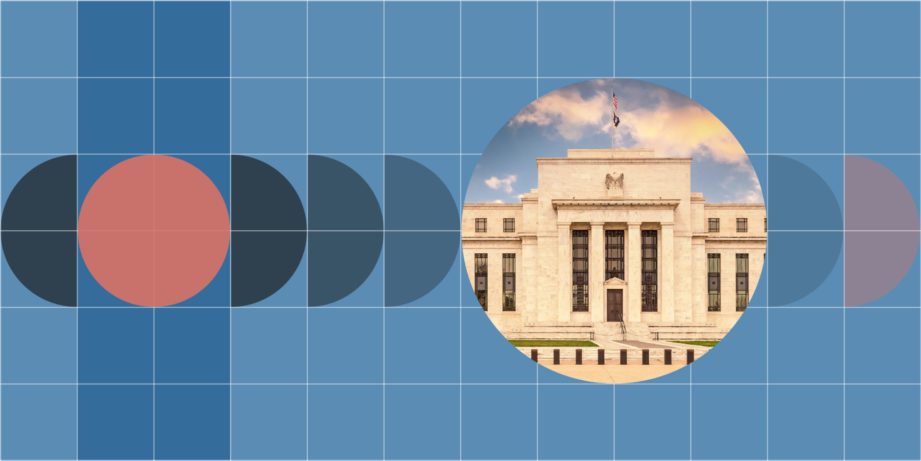 Against the backdrop of high inflation rates (the rate in January 2022 was 7.5% in the USA), the Fed has announced a series of interest rate steps. While three interest rate steps were expected a few weeks ago, the market is currently assuming up to six steps. With some probability, an interest rate step of 50 basis points could even be decided at the Fed’s March meeting. Accordingly, two-year US interest rates have risen from 0.73% to 1.58% (as of February 2022) since the end of 2021.

At the same time, market growth expectations have been significantly dampened. Purchasing managers’ indices and retail sales in the US indicate a decline in growth, and the Atlanta Fed’s real-time forecast for economic growth in Q1 is below 1%. So is the US central bank planning interest rate hikes into the downturn?

The bond market has reacted to the Fed’s rhetoric with a massive flattening of the yield curve. The following chart shows the difference between 10-year and 2-year as well as 30-year and 2-year US interest rates over the last 25 years.

Figure 1: Spread between long-term and short-term US interest rates

The chart shows that the spread between long-term and short-term interest rates has narrowed dramatically in recent weeks. While the spread between 30-year and 2-year interest rates was still over 1.8% in mid-October 2021, it stands at less than 0.7% in mid-February 2022. At the same time, the speed of the curve flattening is only comparable to the distortions during the euro debt crisis in 2011.

The chart also shows that the last three recessions (2001/02, 2007/08 and 2020) were preceded by a significant flattening. In all cases, for example, the spread between 10-year and 2-year US interest rates was negative, so the yield curve was inverted. An inverted curve is considered a good indicator of recession, and the lead in the last three cases has varied between 5 and 22 months.

Figure 2: Expected spreads between long- and short-term interest rates in one year

As can be seen in Figure 2, spreads derived from one-year forward swaps are already inverted, while spreads derived from Treasury forwards are close to zero. The market thus expects further flattening and possible inversion of the yield curve over the next year. This suggests that the bond market fears a sustained negative impact of Fed policy on US growth.

At first glance, it seems astonishing that interest rate hike expectations at a key interest rate of 0.25% are perceived as slowing growth. A look at the development of the interest rate level in the USA shows why the market is sceptical.

Interest rates in the US are in a decade-long downward trend. Such a long and stable trend can only be explained by structural aspects that permanently weaken the growth potential of the US economy. The demographic development in the US has resulted in the retirement of high-income and high-birth-rate cohorts from the labour force. At the same time, the massive (and still increasing) debt has led to a growing share of income having to be used for interest and repayment of loans and thus not being available for more productive use.

The ten-year yield has reached the upper end of its trend channel. An end to the rise in interest rates in the longer maturity range would be consistent with market concerns expressed in the increasing flattening of the curve. The next few weeks should bring clarity on what further Fed policy will be and where the market is taking the long end of the yield curve.

In our article “Central Bank Policy and Market Expectations in the US 2022” we showed that every Fed rate hike cycle since the 1980s has ended in a recession. The bond market is sceptical whether this time is different. Will the Fed listen?