Outlook April 22: What’s next for US interest rates?

In the mix of accelerating inflation, slumping growth, aggressive Fed rate hikes and geopolitical turmoil with far-reaching implications for the global financial system, the question is, what’s next for US interest rates. 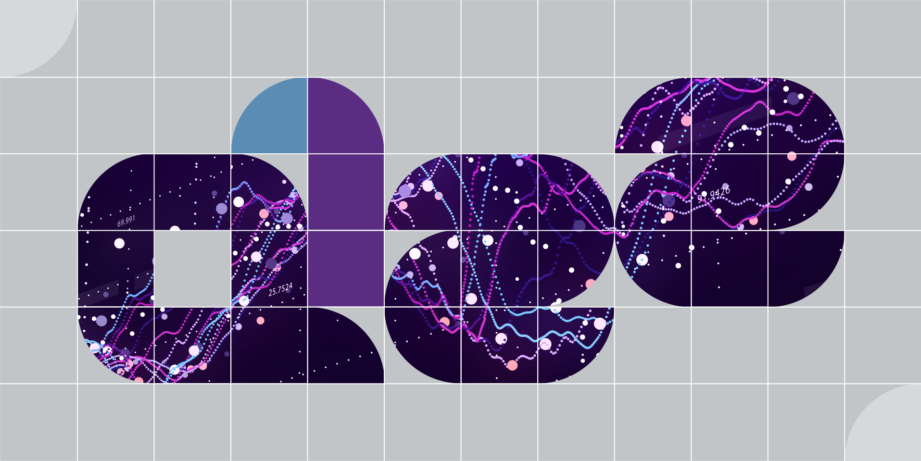 The conflict in Ukraine and the political reaction to it with sanctions and countersanctions represent an important turning point for the further development of global inflation rates. While the markets had previously assumed a short inflationary period, the massive increase in commodity prices and the artificial shortage of supply of various commodities have dashed this hope. The following chart shows the indexed price development of selected commodities for which Russia is an important producer on the world market.

Prices for uranium and nickel, crude oil and natural gas, but also agricultural products such as wheat and fertiliser have risen between 25% and 70% since the beginning of the year. This inflationary impulse was already reflected in inflation rates in March that were far above market expectations.

As prices were also pushed up in particular by political measures, sanctions and counter-sanctions as well as import and export restrictions, market expectations of only temporarily higher inflation have evaporated. Figure two shows the expected inflation rate in the US as measured by the breakeven inflation rates of Treasury Inflation Protected Securities (TIPS).

Figure 2: Breakeven inflation rates in the US

The cycle of interest rate hikes has begun

Therefore, the US central bank took the first interest rate step upwards in March by 25 basis points to a new key interest rate level of 0.5%. Further aggressive rate hikes have been announced by Fed officials and priced in by the market, as can be seen in Figure 3.

In line with the Fed’s communication, the market has now priced in more than nine rate hikes for 2022 and two more in the first half of 2023. This includes two full rate hikes, i.e. a half percentage point increase each, in the Fed’s May and June meetings. The Fed’s strategy is to reduce demand for goods and services by making credit more expensive. This is an effective tool when inflation is demand-driven. The question, however, is to what extent this approach is effective when inflation is supply-driven like the current one. In this case, inflation is driven by problems in global supply chains and the artificial tightening of commodity supplies, both effects that are beyond the control of the central bank. Under these circumstances, such an interest rate hike strategy is only successful if demand for the goods and services concerned reacts relatively elastically to an increase in credit conditions. If, on the other hand, demand is inelastic, e.g., for basic foodstuffs or the cost of one’s own home, interest rate increases will have little effect on the demand for these goods.

The following table shows the components of the US basket of goods with weights and a classification according to elastic and inelastic demand curves.

Figure 4: Components of the US shopping basket

The overview shows the dilemma in which the Fed finds itself. Around 75% of goods and services can be classified as relatively inelastic and thus more difficult to control. Admittedly, some of the components on the left also have elastic elements. For example, substitution effects certainly occur when more expensive and higher-quality goods are replaced by cheaper ones. On the other hand, elements on the right-hand side such as alcohol and tobacco are also price inelastic for some consumers.

Is the Fed forced to be more aggressive, guaranteeing a recession in the coming quarters? Some market participants are now expressing precisely this opinion, that the Fed’s goal is to get inflation under control via a recession.

Some leading indicators in the US are now pointing sharply downwards. The purchasing managers’ indices are at their lowest level since summer 2020, while the last time the University of Michigan’s consumer confidence was as low as it is now was in summer 2011. The Atlanta Fed’s nowcasting model for US GDP in the first quarter of 2022 is only slightly positive. The yield curves in the US show a similar picture, as the next figure illustrates.

Is a recession coming?

While the Fed’s aggressive rhetoric has pushed up interest rates across the entire maturity spectrum, interest rates in the short maturity range have reacted disproportionately. This has resulted in ten-year and thirty-year rates at 2.38% and 2.43% (as of 01.04.2022), respectively, below five-year (2.56%), three-year (2.63%) and even two-year rates (2.46%). The US yield curve is thus inverted in many sections, which is historically a very reliable indicator of an approaching recession (see our article “Is the Fed about to make a mistake?” from January 2022).

Historically, this would have meant that the Fed would soon start monetary easing to support the weakening economy. This would lead to falling interest rates across the entire yield curve and a steepening of the curve. In such a case, investors would be well advised to keep duration high in their portfolios in order to benefit from falling interest rates.

However, it is doubtful whether historical patterns can be applied in the current situation. Never before has the curve inverted so early in the Fed’s rate hike cycle. And never have interest rates been so low, 0.5%, compared to the current inflation rate of 7.9%. The situation is more reminiscent of the stagflation scenarios of the 1970s, even though here, too, the comparison is probably misleading, since inflation back then, despite two oil price shocks was primarily demand-driven after years of expansive fiscal policy and thus easier to capture with the central bank’s instruments.

“Never before has the curve inverted so early in the Fed’s rate hike cycle. And never have interest rates been so low.”

In addition, we are most likely at a turning point in the global financial and monetary system. The confiscation of Russian currency reserves has made it clear that the dollar-based global financial system contains risks for which there is no hedging option. Other states that could suffer from such a decision in the future will prepare themselves. This will lead to a decline in the use of the US dollar in global trade and commodity transactions and thus, prospectively, to the end of the petrodollar system. All this will reduce international demand for US government bonds.

Can the US afford higher interest rates?

In principle, these arguments suggest a longer-term rise in interest rates in the US. The question, however, is whether the US can afford higher interest rates at all. Given the high level of public and private debt, higher interest rates would take an increasing share of disposable income and would not be available for productive use. According to figures from the US Treasury, public debt has increased by $10 trillion in the last four years alone. The following figure shows the impact on US interest payments and the estimated effect of higher interest rates.

Figure 6: Interest burden on the US budget

As can be seen in the figure, the latest estimate by the CBO from July 2021 shows that the cumulative interest burden over the next ten years has already increased by USD 2.5 trillion, i.e. 250 billion per year, compared to five months earlier. According to Bank of America estimates, a one percentage point increase in the average interest rate level would cumulatively add about another USD 3.5 trillion, or 350 billion per year. Since this is not accompanied by a proportional increase in real growth, new debt is also likely to increase, which will further increase the interest burden. The question is therefore at what level the US government can no longer cope with higher interest rates.

For this reason, the bond market believes in only a short, albeit violent, cycle of interest rate hikes. The following chart shows the forward yields for US government bonds in three, six and twelve months as well as in two and three years.

Figure 7: Forward curve for US Treasuries

Some interesting market expectations can be seen from the chart. While at the current edge one can see that the curve is slightly inverted, with two- and three-year government bond yields a few basis points above five- and ten-year yields, the market expects the inversion to increase significantly. A year from now, the three-month and one-year yields are seen at 3.16% and 3.1%, while the five-year yield is at 2.71% and the ten-year at 2.52%. This would put the three-month rate 64 basis points above the ten-year yield, which is also historically a fairly extreme scenario.

What does the market expect for the further development of interest rates?

Even more interesting, however, is the market’s expectation for the movement of the Treasury curve between one and three years in the future. Between spring 2023 and 2025, short-term interest rates will fall to values between 2.4% and 2.5%. This means that over this two-year period the market is now pricing in about three interest rate steps downwards. Obviously, market participants believe that the Fed will be forced to give the real economy a helping hand with renewed monetary easing.

Also noteworthy is that in three years, the expected three-month rate and the ten-year yield are both 2.44%. Normally, a recession phase ends with a steep curve in anticipation of a renewed economic upswing. The bond market apparently does not see such a scenario as likely over the next three years.

The final observation from Figure 7 is that the ten-year yield will not rise significantly above the current level of around 2.5% over the next three years. This is consistent with the assessment that the US cannot afford even higher interest rates.

It is well known that forward yields have historically not had a good predictive power for actual realised yields and that they should rather be interpreted as current market expectations of further economic development. Nevertheless, the question arises as to what will happen to US interest rates.

Figure 8: Ten-year US interest rates in the long-term trend

Will the Fed be forced to cut interest rates again soon?

Are we at the turning point of a 40-year interest rate bull market in the US in the face of a new geopolitical situation with higher inflation and less demand for US dollar-denominated bonds? Or will the market force the Fed to end its restrictive monetary policy in order to support economic growth again despite uncomfortably high inflation rates? We do not know the answer to these questions either. But whatever the Fed does, its decision will affect the real economic environment and the financial system for years to come.

Article
Diversifying credit portfolios with factor investing
How can investors profit from investing in fixed income factor strategies? How does multi-factor credit differ in its characteristics from the fundamentally managed credit funds? Quoniam’s empirical study demonstrates that investors can diversify their overall credit exposure by adding a multi-factor strategy to their fundamentally managed credit allocation.

Article
Quoniam Outlook 2022: Selective approach is the key to investment success
Excessive liquidity, asset prices at all-time highs and inflation rates of more than five percent: even though the challenges for investors in 2022 are great, returns can still be achieved on the international capital markets with a skilful asset allocation.

Article
Central bank policy and market expectations in the US 2022
The US Federal Reserve has made clear announcements about monetary policy in 2022. What does the market expect from the Fed and what impact do the capital markets think this policy will have? An analysis of the market at the end of 2021.