Emerging Market Equities: Participate in the opportunities with reduced risk

Emerging markets are considered high risk for a reason: During the past two years alone, we have witnessed the Corona outbreak in China in 2020, the global semiconductor crisis, production failures in Asia and supply chain problems and now the Russian invasion of Ukraine and a war in Eastern Europe. 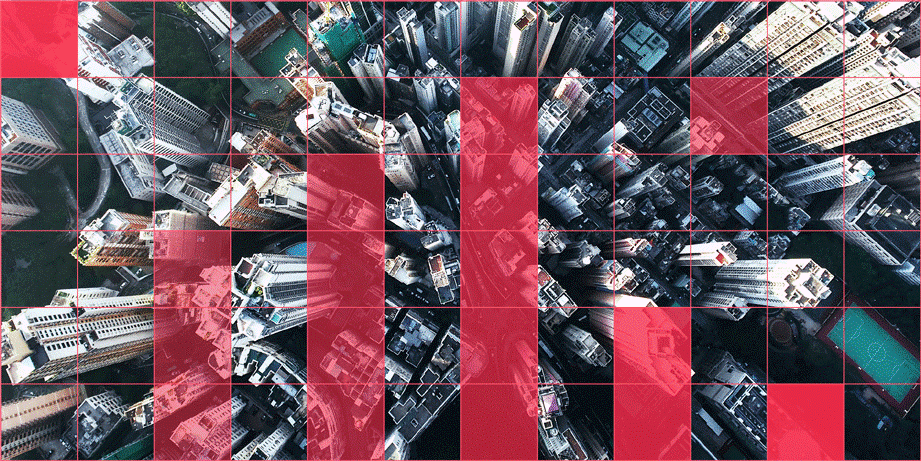 Geopolitical crises typically appear first in emerging markets; either in Asia, Latin America, Eastern Europe/Russia or the Middle East. Given the resulting market volatility it is debatable whether investing in emerging markets is recommended. Despite the higher risks, we believe such an investment is worthwhile with a strategy focused on risk reduction.

The performance figures of the past ten years would also seem to question the benefits of emerging markets. An investor from the euro area would have achieved a return of around 57 percent over this period with an investment in emerging market equities, which corresponds to an annual return of 4.5 percent. By contrast, an investment in the larger global developed market equities would have delivered a return of 232 per cent over the same period.

However, if we look at the valuation levels of the emerging markets compared to the industrialised countries, it becomes clear that the outperformance of the developed markets is unlikely to be repeated during the next ten years. While the emerging markets continue to be favourably valued relative to past and estimated earnings, developed markets looked overvalued. (see chart). The US equity market in particular is more highly valued than it has been for over 20 years, and emerging markets are significantly more attractive in comparison.

To benefit from this favourable scenario for emerging markets in an environment that is above average in terms of risk, an investment approach is that mitigates risk is therefore opportune.

The Quoniam MinRisk EM strategy implements a risk reducing approach. A key objective of the MinRisk strategy is to reduce risk in terms of volatility and offer downside protection in the event of a stock market correction.

However, lower volatility over time with smaller negative returns in the event of a crisis means a significant deviation from standard benchmarks. A defensively constructed portfolio has a high active position relative to concentrated indices.

As in the USA, the stock markets in the emerging markets, especially in China, have been dominated by a few large technology stocks in recent years. In the USA these are Amazon, Apple and Microsoft, and in the emerging markets stocks like Tencent, Alibaba, Taiwan Semiconductor or Meituan. The rapid growth of online trade and digital business, which gained additional momentum with the outbreak of the Corona pandemic fuelled this trend. As a result, the share prices of tech stocks have risen to extreme heights, despite their ambitious valuations.

Further evidence of this dominance is the significant increase in the concentration of the MSCI EM Index, measured by the cumulative weight of the largest ten stocks. From mid-2015 onwards, a rapid increase in index concentration from 16 to around 30 per cent in October 2020 was observed, which was due to the extreme price development of the Asian technology companies. Over the past two decades, the sum of the ten largest companies has usually averaged between 15 and 20 percent cumulative index weight. Similar high concentration levels have been observed in the past and can be seen as an indication of market exaggerations. While state-owned oil companies from Brazil and Russia as well as Chinese financial stocks led the index in the mid- and late 2000s, the performance of the Asian tech stocks mentioned above has led to disproportionate concentration.

Since the peak in October 2020 market concentration has declined which in turn means that the breadth of the market is now outperforming the few expensively valued index heavyweights. In this respect, there is an interesting correlation between the relative performance of the fundamentally quantitative MinRisk approach and the declining concentration of the EM index. In particular, the phase of extreme increases in concentration during the Corona pandemic was accompanied by significant underperformance, while the subsequent normalisation of concentration has been characterised by a marked recovery in performance.

A multi-factor view is decisive

The extreme trend-driven period of 2015 to 2020 was not favourable for our fundamental quantitative approach. Whilst we overweight companies in the portfolio that have defensive characteristics, we also seek stocks that have a favourable valuation, solid quality and positive sentiment. Overall, all factors are taken into account and stocks that are extremely positive in only one characteristic (e.g. price momentum) but do not have fundamentally superior characteristics overall are underweighted.

The significantly larger investment universe compared to the benchmark also helps us with stock selection – and therefore diversification. While the MSCI EM index currently contains around 1,400 stocks, we analyse more than 3,000 companies from the emerging markets for the MinRisk portfolio.

The result is an asymmetrical risk-return behaviour of the strategy compared to the overall market. In slightly positive equity markets determined by fundamental improvements, the defensive concept is able to largely keep pace or even rise more strongly. In phases characterised by excessive trend growth, liquidity-driven trend rallies and where market breadth falls extremely, the portfolio lags behind the market index.

The strategy shows its strength in downward phases

The MinRisk strategy fairs particularly well during crises or market corrections. In practice, the superior quality, the stability of the business models and the appropriate valuation of the securities in the portfolio pay off and losses are significantly lower.

Since its launch in May 2010, the EM MinRisk concept has demonstrated these strengths. On the basis of quarterly returns, the MSCI Emerging Markets benchmark fell by more than two per cent once a year on average, i.e. a total of twelve negative quarters. Here, with one exception, the MinRisk strategy outperformed the overall market. On average, the outperformance in negative quarters was 3.4 per cent, which corresponds to a cushioning of more than one third.

Overall, the stock markets rose significantly over the past twelve years, as evidenced by the fact that the twelve negative quarters were offset by 20 positive quarters with gains of more than two percent. In these positive market phases, the defensive strategy showed a mixed result. In some cases, the positive return was exceeded, in other cases the increase was lower than for the market. Overall, however, across all positive market phases, the performance was only 0.4 per cent lower on average.

Grouping the quarterly results into quintiles yields the following result:

With the exception of the extremely strong quarters, which achieved an average absolute return of more than nine percent, the investment approach outperformed the MSCI EM Index in all market phases. The advantage of MinRisk becomes particularly clear in the downward phases. With market corrections of 11 percent on average, the MinRisk portfolio offers protection of one third relative to the index.

This makes the asymmetric risk profile of the strategy particularly clear. While the excess return in weak markets is significant at more than three percent, the performance in rising market phases is almost neutral to the benchmark. This results in significant advantages in the long-term view relative to an index. During the past three years, the EM MinRisk strategy has achieved a relative excess return of 1.4 percent per year. Since the strategy was launched, the value increase has even been 2.5 percent per year, which corresponds to a cumulative excess return of 35 percent. The risk-adjusted observations are even clearer. If one compares the Sharpe Ratio since the launch of the fund in 2010 to the benchmark, the values are 0.65 (fund) to 0.37 (benchmark), i.e. per unit of risk, the EM MinRisk portfolio achieves almost twice as high a return as the MSCI Emerging Markets.

The success of the MinRisk strategy is also evident with respect to competitors. Comparing the performance of the Quoniam EM strategy with the other 360 emerging market equity funds using the Morningstar fund database, the portfolio is in the top 20 percent over three years and is in 5th place over twelve months.

Our long-term expectations are for the strategy to be successful even with periods like 2019/2020. During this period, the performance could not keep pace with a liquidity-driven equity rally leading to speculation as to whether such a performance gap can be closed. However, the past twelve months have demonstrated that this is possible, and it is not even necessary for the defensive concept to generate exorbitant returns. If markets continue to correct certain exaggerations and the portfolio generates solid absolute returns because of defensive risk positioning, investors will be rewarded with long-term attractive returns.

Article
Equity investments in illiquid markets: Managing the trade-off between returns and costs
European small caps and emerging markets stocks can offer attractive returns and alpha opportunities. However due to limited investor attention, these stocks lack liquidity and have higher transaction costs. As part of our Quoniam Doctoral Programme, Kay Stankov researched how incorporating liquidity forecasts into a quantitative investment process can improve returns after transaction costs in these markets.

Article
Stock markets in 2021: Record high inflows and the return of value and quality
There was no talk of a return to normality in 2021 either. But the majority of investors ignored the negative factors and drove the stock markets in the developed countries to new highs. At the same time, the first important trend changes were observed, which are likely to continue in 2022.