Outlook: What comes after the money glut and stock market bubble?

The shift in the role of the central banks has led to a positive price development since the beginning of the millennium, despite several crises. The highly expansive monetary and fiscal policy, combined with the low general inflation rates until recently, has also led to increases in asset prices, some of which have been significant. Thomas Kieselstein, CIO, describes this development and the associated consequences for investors. 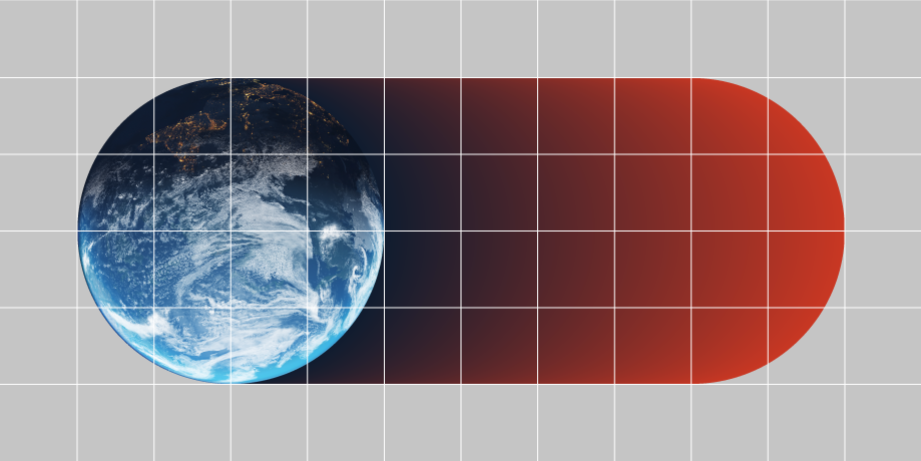 When looking at the capital markets of the past two decades, you have to rub your eyes in amazement at how high the real returns have been. Even though the euro has fluctuated wildly against the dollar, investments in global equities, for example, have been equally successful for euro and US dollar investors. In a “peak-to-peak” view since the end of the TMT bubble in the early 2000s, around 400 % returns were possible.[1] This corresponds to an annualised performance of approx. 8 %. Although this value is only marginally above the long-term averages, the decisive difference lies in the comparatively low inflation rates of approx. 2 %, so that we were able to enjoy high real returns.

There were similar, sometimes even more drastic developments in real estate and even in government bonds. This is all the more remarkable because the phase was marked by two massive crises: the financial market crisis (2007-2009, -53 % price decline) marked the worst slump of the past 100 years and was only surpassed in magnitude by the Great Depression in the 1920s. And the Covid pandemic had also initially appeared to cause years of paralysis in the global world economy.

How was such a spectacularly positive share price performance possible despite everything? Apart from fiscal stimuli, such as the US tax reform under Trump, which has led to a significant widening of margins for companies, the main focus here is on monetary policy. Instead of being primarily committed to price stability as before, the role of the world’s leading central banks has increasingly evolved towards that of a crisis intervention team. If one looks at the balance sheet data of the world’s leading central banks, a spectacular development becomes clear.

While the reaction to the TMT bubble of the 2000s was still restrained, the financial crisis of 2008 shows a clear expansion of the balance sheet total, which is accompanied by an expansion of the money supply. In “quantitative easing”, the central banks act as investors, so to speak, and buy up securities such as government and corporate bonds on a large scale. Conversely, this channels large amounts of liquidity into the capital market.

A clear difference to the long-term history is that in the past 20 years these liquidity expansions were no longer reduced. Quite the opposite. As the monthly chart shows, central bank balance sheets and thus the money supply have instead continued to rise. From around USD 10 trillion at the end of the financial crisis, it has tripled again (!) to currently USD 30 trillion, despite the positive economic development in the meantime. Equally remarkable is the apparent synchronisation of the stock markets with the development of the balance sheet. The extreme expansion of the money supply on the part of the central banks has thus massively supported the stock markets in the last two decades and thus virtually levelled out the effects of economic slumps, such as the euro state crisis, Brexit, the US/China trade war, the Covid pandemic and the Ukraine-Russia war.

… and the negative swings clearly slowed down …

The massive monetary expansion combined with key interest rates close to zero has led to enormous asset price inflation, which is reflected, among other things, in the valuation of “expensive” stocks relative to “normal” stocks:

“Demonetisation is less temporary than was assumed.”

As can already be seen in the previous charts, this development is currently undergoing massive change. The main drivers are the strong increase in inflation rates and expectations, driven by the development of energy and commodity prices, and political events, combined with increasing signs of a global recession. The inflation estimate for the current year is already 7.5 % for the USA, with the annual forecast having been raised by around 3 % since the beginning of the year and the price index having already risen by 5.7 % last year. In the meantime, analysts are also expecting higher inflation for 2023, so demonetisation is less temporary than was assumed not long ago. The shortages of fertilisers and agricultural products are likely to have far-reaching consequences for the global food supply, and the economic sanctions imposed by Western countries against Russia are likely to lead to very high energy costs in the longer term.

Other systemic effects such as shortages of labour and other production resources and massive supply chain problems are also driving prices. Furthermore, the sharp rise in property prices is causing significantly higher housing costs. As a consequence of the increased cost of living, trade union wage demands are now also rising significantly. This could set in motion a dreaded wage-price spiral that seemed to have been completely overcome in previous decades. Thus, higher inflation rates are now a realistic scenario, even in the long term.

Along with high rates of price increases, economic growth is also increasingly weakening; for both the calendar year 2023 and 2024, less than 2 % is expected for the USA, significantly below the long-term average (30j) of 2.5 %. Even in the longer term, the continuation of high economic growth as experienced in recent years is rather questionable. The secular trend towards globalisation is flattening out or already declining, as evidenced by the areas of tension in trade balances, import tariffs, supply chain disruptions and geopolitical uncertainty regarding China and Russia. Larger parts of the value chain are being shifted back into production-related areas, which will lead to higher costs and lower productivity and therefore have a dampening effect on growth. Exemplary for this longer-term development is the decline in world trade, which has fallen from around 60 % of the gross domestic product of all countries since the mid-2010s to 50 % now.

Demographic trends also point to a slowdown. The populous countries in Asia, above all China, have so far made major contributions to economic growth, both in terms of production and now also demand. However, they are threatened by a dramatic shrinking of the population by 2100 with corresponding effects on demand – the comparison with Japan, whose GDP has basically stagnated for almost three decades, is obvious here.

Conclusion Stagflation – are the 1970s coming back?

In summary, we can probably say that we will at least have to expect higher currency devaluation and weaker growth in the coming years. A look back at history suggests a comparison with the 1970s. Then, too, a phase of high growth with moderate inflation came to an end, caused by geopolitical upheavals (Vietnam, oil crisis) and fiscal irrationality – US spending on defence and social programmes (introduction of Medicare/Medicaid) had skyrocketed. Due to the increasing national debt, the gold standard had to be abandoned and inflation rose massively. Prior to this, valuations of highly capitalised growth stocks (“nifty fifty”) had also risen to P/E ratios of 50 and more, very similar to the period from 2017 to 2020. In the following articles, we therefore address the question of what lessons we can learn from this phase for equity strategies (“Which stocks prove themselves in stagflation?” by Mark Frielinghaus and Dr Oliver Murschall) and what recommendations can be made for the bond markets (“How do government and corporate bonds perform in a stagflation environment?“by Dr Harald Henke) can be derived.

A more conciliatory final remark with regard to capital markets may be allowed: The still high liquidity among private and institutional investors, combined with the meanwhile already significant price declines and the associated adequate returns, should attract buyers in the medium term and have a stabilising effect – a very big crash seems very unlikely.

Article
Which stocks stand the test of stagflation?
Mark Frielinghaus and Dr Oliver Murschall examine the situation of the stock market in the current stagflation environment and look at parallels to the situation in the 1970s. How did different investment styles such as value, growth/profitability, momentum, multifactor and defensive stocks perform in comparable market phases and what conclusions can be drawn about the development of the current stagflation?

Article
How do government and corporate bonds perform in a stagflationary environment?
The 1970s hold fascinating insights for the current market environment. Dr Harald Henke looks back at historical bond markets in this period of stagflation and answers how a similar scenario might play out today.