Which stocks stand the test of stagflation?

Mark Frielinghaus and Dr Oliver Murschall examine the situation of the stock market in the current stagflation environment and look at parallels to the situation in the 1970s. How did different investment styles such as value, growth/profitability, momentum, multifactor and defensive stocks perform in comparable market phases and what conclusions can be drawn about the development of the current stagflation? 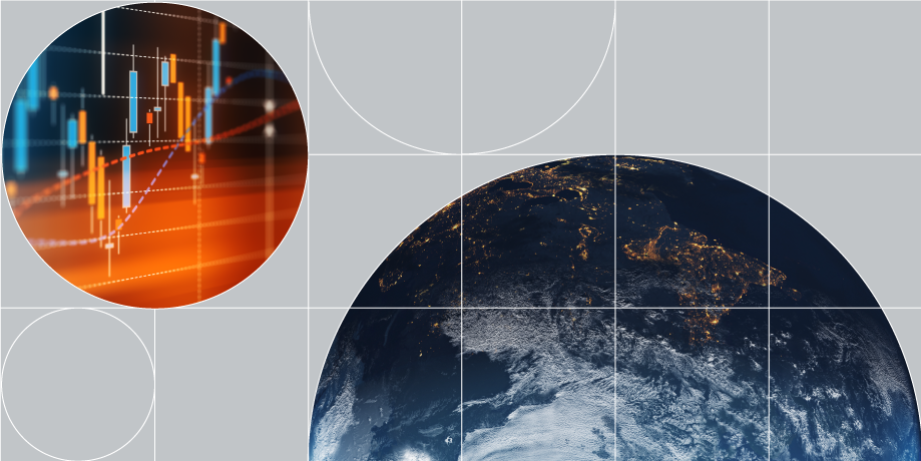 The current capital market environment with ongoing crises (Russia-Ukraine), a slow turnaround in interest rates on the part of the central banks and a massive inflation trend in the industrialised countries of 7-8% year-on-year marks a turning point. While central banks thought they had finally contained inflation in the past decades and increasingly focused on economic development, price increases are now coming back with tremendous vehemence. The continuing uncertainty about future geopolitical developments and interest rate hikes simultaneously increases the probability of a recession. If both phenomena occur simultaneously, one speaks of stagflation.

To take a closer look at a stagflationary economic environment, it is helpful to look back to the 1970s. At that time, too, inflation jumped due to a rapid oil price development in connection with production cuts and price agreements. This was initially underestimated, so that monetary policy did not react appropriately quickly and decisively. Inflation thus became entrenched over a long-term period of almost 15 years, from the end of the 1960s to the beginning of the 1980s. During this period, inflation rates were consistently above 5% on an annualised basis. At the same time, there were repeated temporary declines in economic growth or recessions. As can be seen in the figure below, three downturn phases can be identified in which the criteria of stagflation are fulfilled: 1969-1970, 1973-1975 and 1979-1982.

Rising inflation, falling growth – are the 1970s coming back?

Thus, these downturn phases, but also the overall period of a hyperinflationary scenario, are suitable for examining different investment approaches and corresponding conclusions can be drawn about the effectiveness of investment styles of equity investment in a stagflationary environment. In the following analysis, we concentrate on the factors value, growth/profitability, momentum as well as the mixture of these individual factors (multifactor). In addition, we look at how defensive/low volatility stocks, measured by low volatility, perform in this environment.

Over the total period of the stagflationary phase, a significantly negative stock market return is shown. On the other hand, however, it becomes clear that some investment styles/factors performed significantly better than a passive market investment. In particular, value and momentum achieved clearly positive relative returns and thus also delivered a positive total return over the entire period. Furthermore, the combination of systematic investment factors also generated significant added value. For example, a multifactor portfolio outperformed the overall market by a total of 1.5% p.a. in the period from 1968 to 1982. Defensive stocks also fared better and achieved an added value of over 1% on the basis of annual returns.

The picture becomes even more differentiated if we define downturn phases within the overall period, which are characterised by declining economic growth and a falling stock market in addition to high inflation. In these phases, the market return is again significantly weaker at around -20% annualised. The systematic investment factors can stand out positively and the mix of the factors value, profitability and sentiment shows a considerable excess return. What is striking here is the even stronger cushioning provided by low beta stocks, which outperform the overall equity market by more than 5%.

It is interesting to include the risk dimension in the above comparisons. Here we see that the strongest absolute performance of the value and momentum styles is bought by a significantly higher risk. In contrast, both the multi-factor strategy and the low beta approach are either at the same risk level or significantly below the market risk with consistent outperformance at the same time. This result can be verified both for the total period of 15 years and for the isolated consideration of the downturn phases.

This means that both quantitative multifactor strategies and defensive / low volatility concepts can be clearly identified as beneficiaries of stagflation. Should the current difficult phase of high inflation rates and economic growth clouded by geopolitical uncertainties become established, these investment strategies show promising solutions for achieving attractive risk-adjusted returns on the equity market in the future as well.

So what could be more obvious than to combine the two successful philosophies? In the Quoniam MinRisk strategy, we construct a defensive multi-factor portfolio. In addition to defensiveness, we deliberately include the factors value, quality and sentiment. In this combination, the results have shown equity markets to be successful both in decided downturns and in protracted volatile sideways phases of the 1970s.

If one tries to decipher the return components or the secret of success of this investment philosophy, the following becomes apparent: Especially in times of high uncertainty, an anchor of stability is important in equity investments. In the stagflation phase from 1969 to 1982, this becomes clear in the contributions of dividends to overall performance.

Sources of total return on US equities 1973-present (after inflation)

Taking inflation into account, both earnings growth and the change in price multiples (e.g. P/E ratio) ultimately remained without added value for the investor. The only positive contribution, even after deducting the high inflation rate, came from the dividend payments of the companies. This enabled investors to achieve consistent added value in stagflation and thus cushion the clearly negative overall market returns or even achieve positive returns in absolute terms. If we look at the recent past, we see that price developments since the turn of the millennium were mainly driven by rising corporate profits. Now, however, the long-lasting phase of disinflation seems to be over and it may be doubted whether real corporate profits can continue to rise at an above-average rate in times of high inflation.

Especially in a defensive multifactor portfolio (MinRisk), dividend yields are higher and more stable than in the index

The contribution from dividends, which can make a massive difference over longer periods of time, is therefore all the more important. The chart above shows the constant additional return of a simulated Quoniam MinRisk Global strategy compared to a market-capitalised index. While the annual range of dividends is around 1-2%, the additional return of MinRisk versus the MSCI World over a period of 20 years accumulates to almost 400%!

What is the reason for this consistently higher payout of the MinRisk securities compared to a passive investment?

Due to the stability-oriented character, the MinRisk portfolio is overweighted in those shares that have a robust and profitable business model, are less indebted, generate constant cash flows with little dependence on the economic cycle, achieve reliable corporate results and are appropriately valued. Although the normalised earnings of these companies are somewhat lower than those of volatile growth stocks, the declines in earnings are also significantly smaller.

Consequently, more reliable dividend payments can also be generated from the more stable business models, which in turn leads to a higher dividend yield in the long term than in the equity market as a whole.

Especially in times of high uncertainty, rising inflation and volatile stock markets, the advantages of a defensive multifactor portfolio become particularly apparent. For the following years, investors with a limited risk budget are enabled to remain invested in the equity market by investing in low-volatility securities with stable dividend yields and to take advantage of the associated higher return prospects compared to fixed-interest investments.

Interview
Quoniam experts publish paper in the Journal of Banking & Finance with Professor from Goethe University Frankfurt
Dr Claudia Zunft and Dr Volker Flögel of Quoniam Asset Management teamed up with Prof Dr Christian Schlag from Goethe University Frankfurt to explore the value-added of short-term momentum in factor portfolios. Their work was recently published in the Journal of Banking & Finance.

Article
How do government and corporate bonds perform in a stagflationary environment?
The 1970s hold fascinating insights for the current market environment. Dr Harald Henke looks back at historical bond markets in this period of stagflation and answers how a similar scenario might play out today.

Article
Emerging Market Equities: Participate in the opportunities with reduced risk
Emerging markets are considered high risk for a reason: During the past two years alone, we have witnessed the Corona outbreak in China in 2020, the global semiconductor crisis, production failures in Asia and supply chain problems and now the Russian invasion of Ukraine and a war in Eastern Europe.