How attractive is investment grade credit?

What does the current market situation mean for liquid instruments? Dr Harald Henke explains to what extent an investment in Euro investment grade corporate bonds makes sense in the scenario with declining inflation and increasing recession concerns. 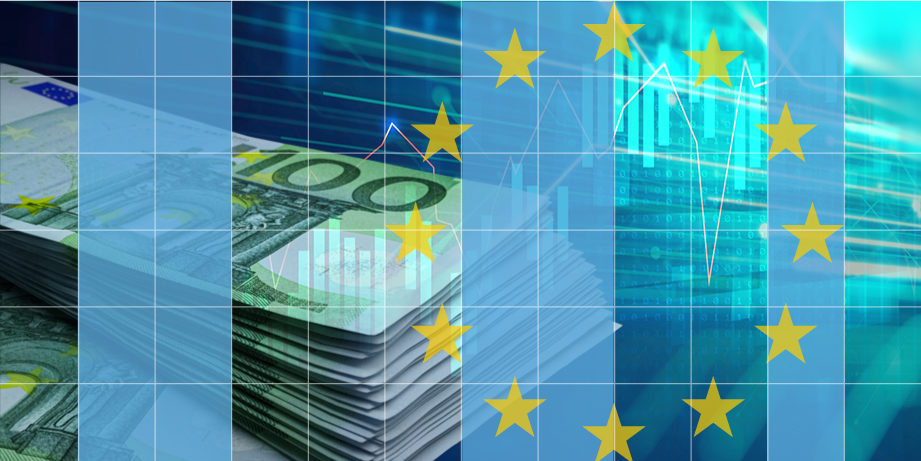 In the article “How do government and corporate bonds fare in a stagflationary environment?” we analysed how to position oneself as an investor who expects a longer-term stagflationary environment similar to that of the 1970s. However, the market now also sees another scenario as likely, with a declining inflation rate and increasing recession concerns. How sensible is it to invest in investment grade corporate bonds in such an environment?

Difficult market environment in the first half of 2022

Driven by high inflation rates, interest rates rose sharply on both sides of the Atlantic, while risk premia for corporate bonds were driven up sharply. Accordingly, the realised returns for an investment grade credit investor were negative by double digits in the first half of 2022, regardless of whether the investment was made in Euro, Global or USD investment grade credits. Losses of around 12% were incurred with European corporate bonds, by far the worst return ever achieved since the introduction of the euro.

This increase in risk premiums and interest rates has pushed the yield level of corporate bonds to a significantly higher level. The yield of the Bloomberg Aggregate Euro Corporate Index rose to 3.19% at the end of the first half of 2022 and recently traded slightly below 3%. Around 1% came from the interest rate side and a good 2% from the credit side. An actively managed euro investment grade credit portfolio can currently earn a return of between 3% and 3.5%, which corresponds to the return requirements of many institutional investors.

The total return expectation is even higher than the current return, since in addition to the interest due to the steepness of the curve, a rolldown return can also be collected. In the case of an increasing yield or spread curve, an additional return arises from the fact that bonds fall to lower yield levels (and thus rise to higher prices) due to their shortening residual term over time. Taking this rolldown effect into account, current expected returns are 3.7% for the euro investment grade benchmark and over 4% for actively managed portfolios.

As can be seen from the figure, the current yield of euro investment grade corporate bonds is now at a similar level to that of other asset classes. If daily fluctuations in the markets are excluded, the following conclusions can be drawn:

Running yield and rolldown returns together correspond to the realised return if spread and yield curves remain at current levels. In a dynamic market environment like the current one, however, it can be assumed that the realised return will be impacted by interest rate and spread changes. We therefore analyse a scenario that corresponds to current market expectations of falling inflation rates in a cooling economic environment.

In such an environment, falling interest rates can be assumed, which should lead to rising returns for the asset class. A look at the history of German ten-year interest rates shows the dimensions that such a decline in interest rates could assume.

If one assumes a decline in German interest rates to 0% in the event of declining inflation rates and a recession, an additional return of approx. 6-7% would have to be assumed in this case.

How do credit spreads develop in such an environment?

In an economic downturn, credit risks and risk premia tend to rise to elevated levels. However, the widening of spreads in the first half of the year has already anticipated some of this development. How much downside do credit spreads have in the current environment?

There have only been three periods since the introduction of the euro when euro investment grade credit spreads were higher than in the current environment:

It is important to note that at the end of the European debt crisis, the ECB introduced large-scale support measures for European government and later also corporate bonds. These measures were revived after the outbreak of the Corona pandemic, which led to a significant recovery in the market. Currently, credit spreads are about 40 basis points below the level at which ECB intervention took place in 2020. It is likely that in the current environment of high inflation and interest rate hikes, the threshold for intervention is higher. However, recent interventions to stop the rise in peripheral government bond spreads suggest that the ECB has not swung to a new paradigm in terms of market support.

“The relatively safe investment grade segment could therefore attract investors who do not have an overly pessimistic view on the next twelve months.”

Unless a potential recession becomes very severe or turns into a systemic crisis, credit spreads have already realised much of their downside. The relatively safe investment grade segment could therefore attract investors who do not have an overly pessimistic view on the next twelve months.

Investors who consider the current high inflation rates to be temporary and do not expect a severe economic crisis currently have an interesting asset class to choose from in the form of Euro IG corporate bonds:

For many years, investors lamented low yields. In the meantime, attractive yields can be bought again with liquid instruments such as IG corporate bonds.

Article
Recession ahead – How are the central banks reacting?
How is inflation developing? Dr Harald Henke looks at the reactions of the central banks and the associated developments of key interest rates and inflation in the emerging recession with a view to the Eurozone and the USA.

Article
Outlook: What comes after the money glut and stock market bubble?
The shift in the role of the central banks has led to a positive price development since the beginning of the millennium, despite several crises. The highly expansive monetary and fiscal policy, combined with the low general inflation rates until recently, has also led to increases in asset prices, some of which have been significant. Thomas Kieselstein, CIO, describes this development and the associated consequences for investors.